These conflicts are traced to the colonial legacy and Uganda’s long tumultuous history punctuated by radical land regimes and anecdotes of historical events that have shaped the current system. Land holding in the pre-colonial era was predominantly governed by customary practices and traditional norms and characterized by social trusteeship with authority vested in the royals/traditional authorities or clan elders.  This has over the past more than 100 years evolved particularly with the advent of imperial rule in the 19th century into dual (customary and formal) land holding in Uganda and marked origin of the Torrents system of land registration which was individualistic in nature

Land in Uganda has switched ownership in forms with twists and turns from the customary nature to dual (customary and formal). At one point ownership was vested in the state under the 1975 Land Reform Decree. Presently the Constitution of the Republic of Uganda, 1995 vest ownership of land in the citizens of Uganda through four land tenure systems namely: – Customary, Freehold, Mailo and Leasehold.

These changes have caused a mix up in conception and appreciation of the land laws leading to conflicts/disputes among others ranging from intra to inter family, among and between communities and between the community and the state with the form of tenure determining the nature of conflict.     Underlying these conflicts is ignorance, vulnerability, greed, bad faith, etc. Some are lying latent while others have become explosive as land rights overlap with multiple rights holders over the same piece of land. 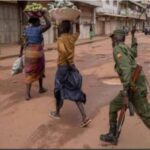